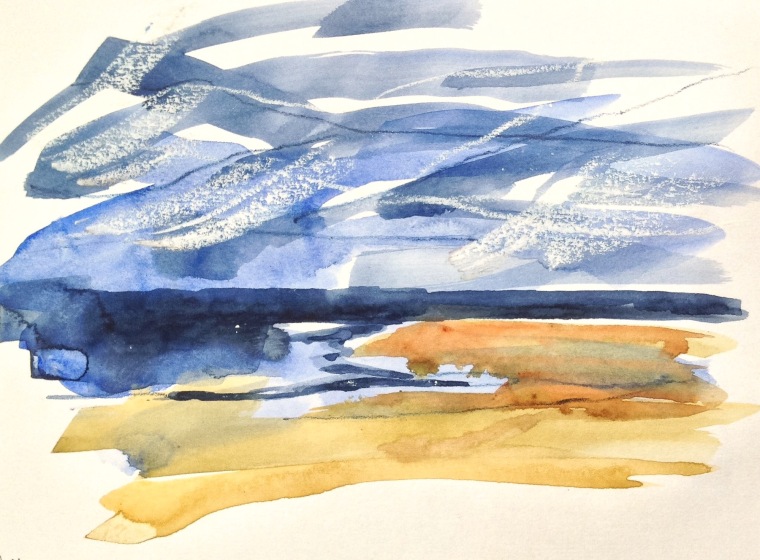 I eventually managed a couple of days sketching recently at Thornham on the north Norfolk coast. The first day, summer solstice as it happens, a couple of weeks ago now, was deceptively hot with a pleasant breeze. I walked along the raised paths which were lined with a mass of billowing yellow rape, towards the boardwalks through Holme dunes to the wide glorious beach.

Accompanied by the calls of Lapwings and the song of skylarks, bright sun with dark clouds behind me. Bees buzzing, the mud flats greening up in places with vivid samphire. After a few rumbles of thunder, the looming clouds moved away leaving contrails and cirrus clouds sweeping the bright blue sky.

From my sketchbook notes…

Incredible play of light today from the sun/storm clouds over the marsh and grazings to brilliant sunshine over the dunes, beach and sea. Windy but warm. Indigo, turquoise and cerulean bands of colour on the sea. The sand ranges from palest ivory pink to deep Sienna where it is still wet near the sea. Winding shallow creeks meander across the huge expanse of beach. 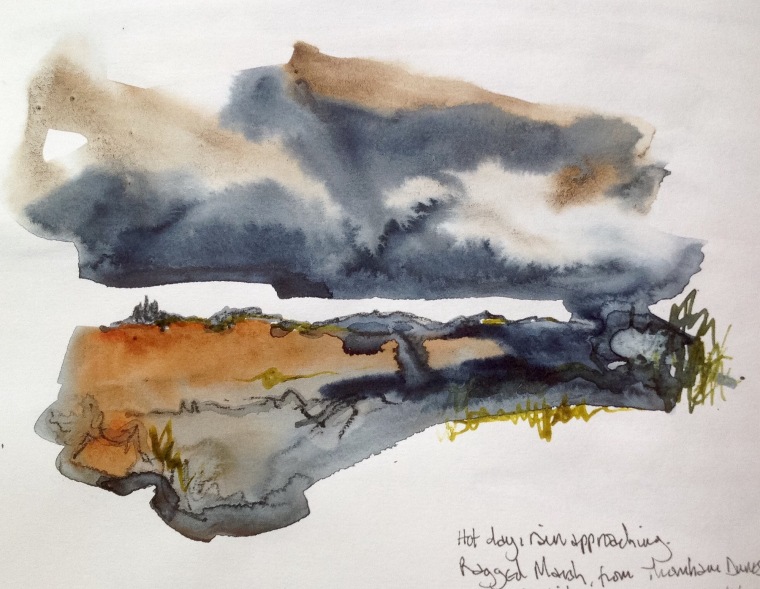 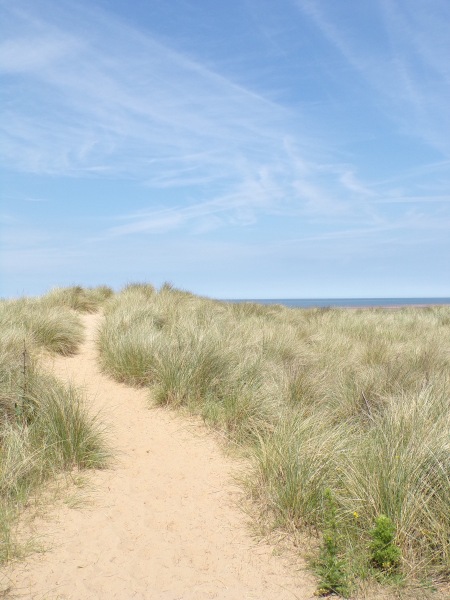 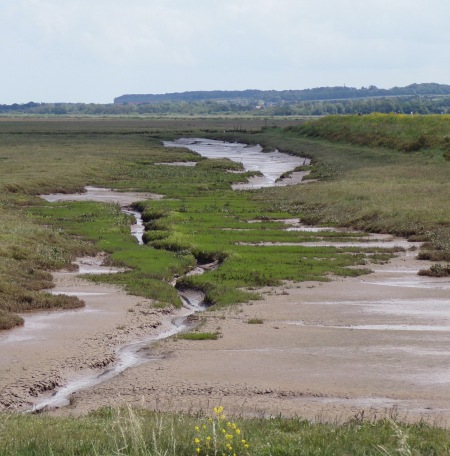 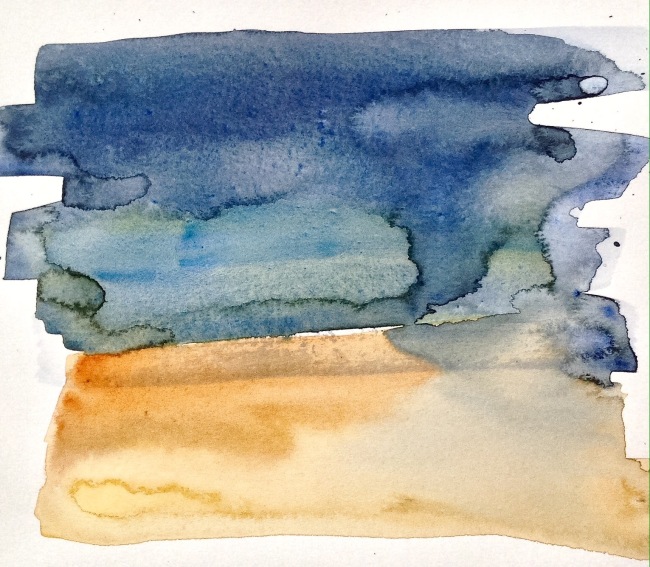 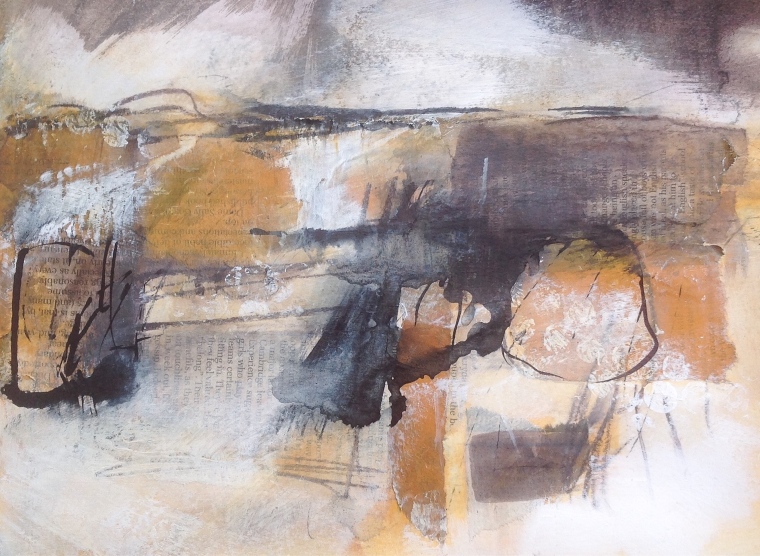 The following is an extract from an interesting post I recently came across, giving a useful insight into the saltmarsh coast of Norfolk, the subject of my current artworks :

In Norfolk there are amazingly few habitats which are self-forming and self-maintaining – which therefore require no intervention from conservationists to keep them as they are – and almost all of them are associated with the sea, its winds, its waves and its tides.

… the tide … helps make two fascinating and oft-ignored Norfolk habitats. Two of the wildest, least human-led habitats in Norfolk at that: mudflat and saltmarsh. In areas sheltered from the intense energy of the waves, such as enclosed bays and the harbours behind spits, the finest sediments in the water – tiny particles of silt – are deposited at the top of the tide, where the water has least energy. These particles cling to one another and where they are not shifted by subsequent tides they form a tenuous, easily-moved mudflat. Where conditions allow, filamentous algae colonise the mudflat, followed by what botanists call glasswort and in Norfolk we call samphire. These plants stabilise the flat and encourage more silts and clays to settle.

A saltmarsh is born. 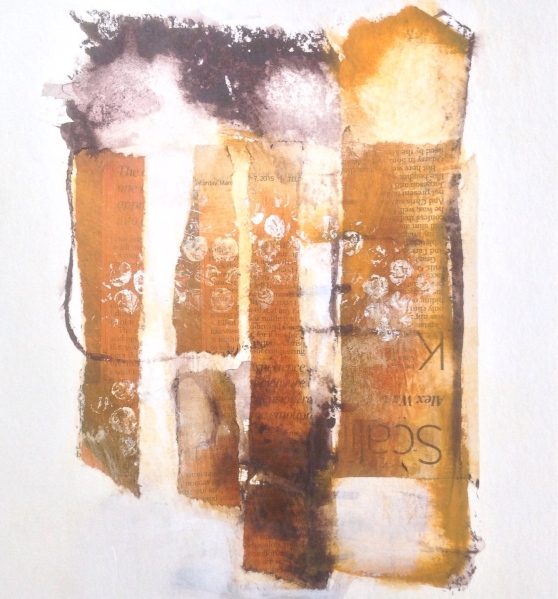 But here we are. Overy Marsh. Mixed media on paper. © Mari French 2015

abstract photography from my recent trip to Cornwall – St Ives, Newlyn, Cape Cornwall. Hope you enjoy browsing the images as much as I enjoyed taking them.