My solo exhibition, ‘Breathing space’ at Anteros Arts Foundation, Norwich, which has now finished was a selection of my recent abstracted landscapes. It was particularly exciting for me to see my latest series of work framed and hung together.

The Main Gallery at Anteros is a lovely medieval space in which to hang works of art. I liked the contrast of my own contemporary work with the ancient architecture.

Many thanks to all those who made the effort to visit and wrote such lovely comments in my guest book! 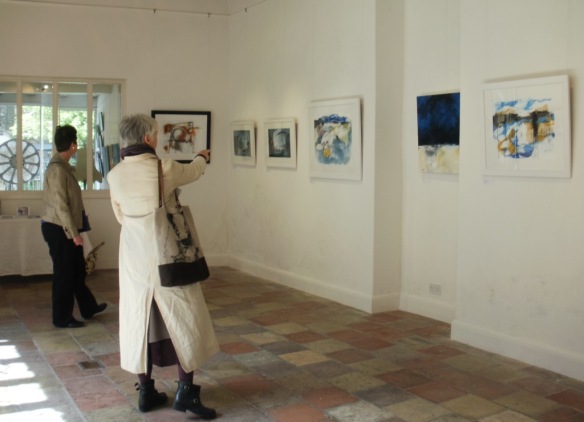 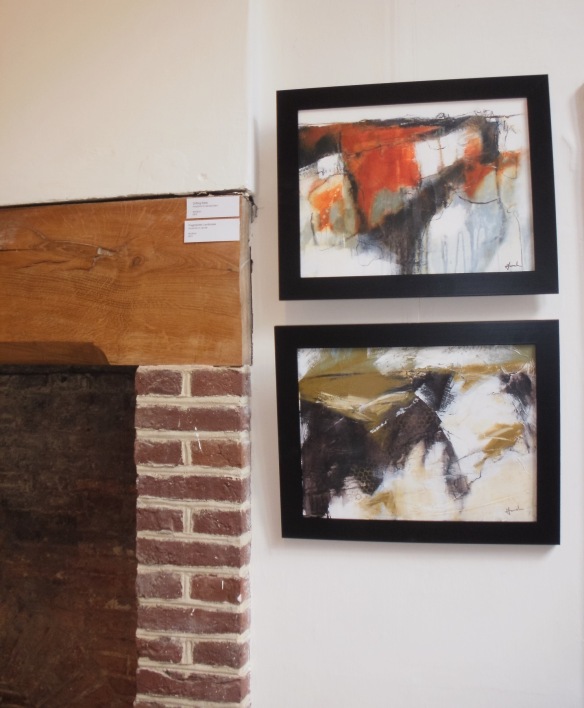 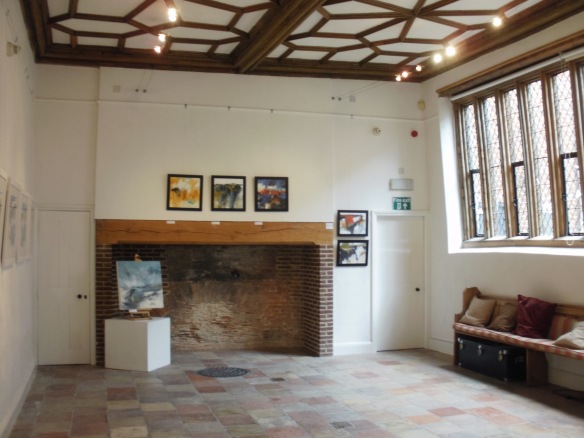 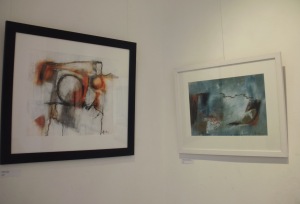 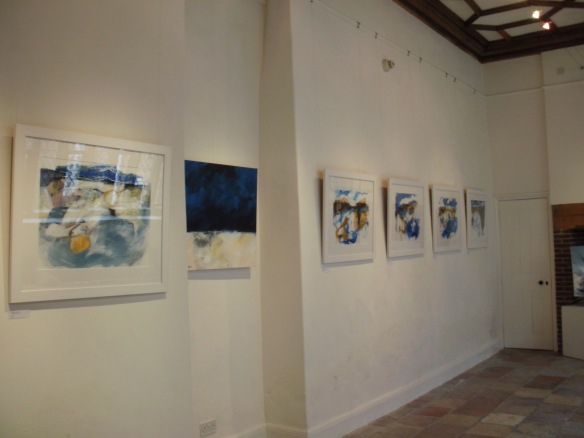 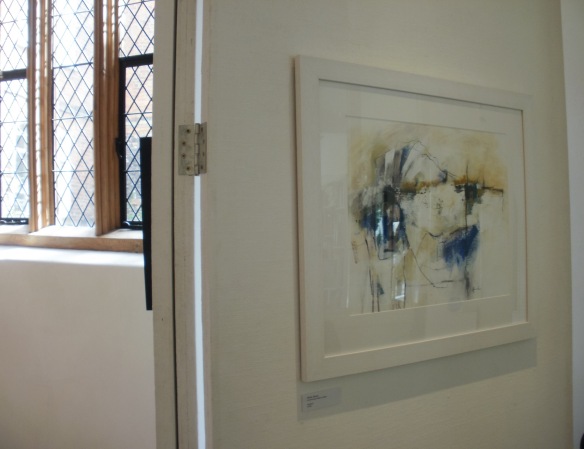 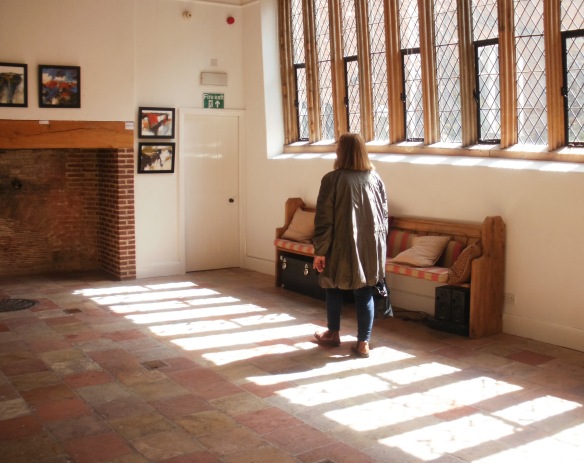 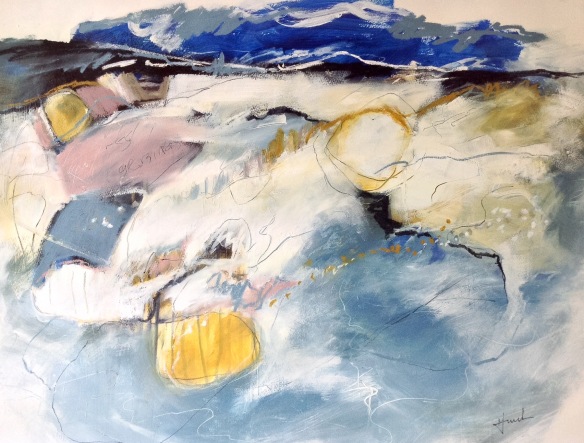 This past few months I’ve been painting madly away in my studio in preparation for two solo shows coming up soon.

The first, entitled ‘Breathing Space’, will be at Anteros Arts Foundation in Norwich, in the main gallery, from 3rd to 14th May, and is a varied show including some of my new works, a few of which are shown here, alongside several existing favourites.

My second show, entitled ‘Salt & Sand’, will be at The Grapevine Gallery in Burnham Market, north Norfolk, and will solely consist of work inspired by the creeks, reedbeds and marshes of the wild expanse of the Norfolk Saltmarsh coast, where, as you may know from many posts on this blog, I spend a lot of time walking and sketching.

I think it’s clear that I’ve been putting into practice some of the mark-making techniques I learnt at the Emily Ball workshop back in January! 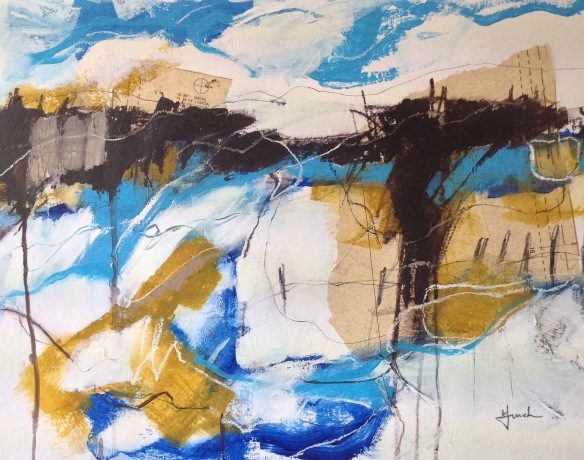 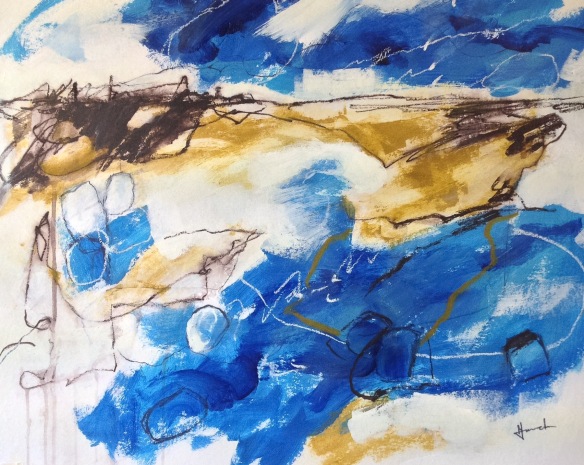