Delighted to discover a new reedbeds landscape this week, this time at Sculthorpe Moor Nature Reserve, just outside Fakenham. It’s only 8 miles from my home but although I was aware of it, I haven’t visited before (a mistake), as I normally head for the north Norfolk coast and the saltmarshes and reedbeds there.

Sunday was a blustery and changeable early spring day, with scudding clouds and more bright sunshine as the day unfolded. The reserve is larger than I thought with extensive winding boardwalks providing comfortable and easy exploration. Lots of benches too. I had my camera with me but no sketchbook, which I’m going to put right on my next visit (soon). 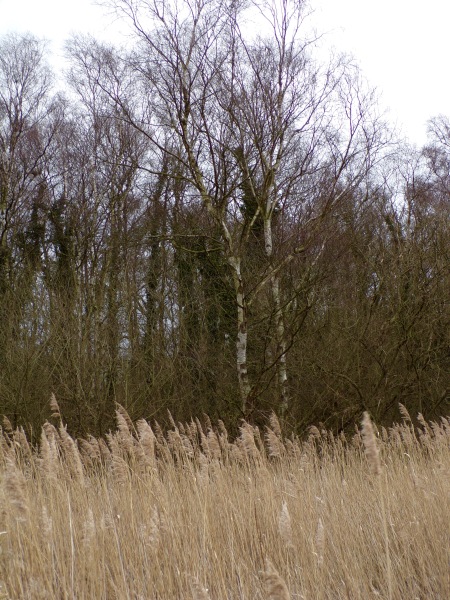 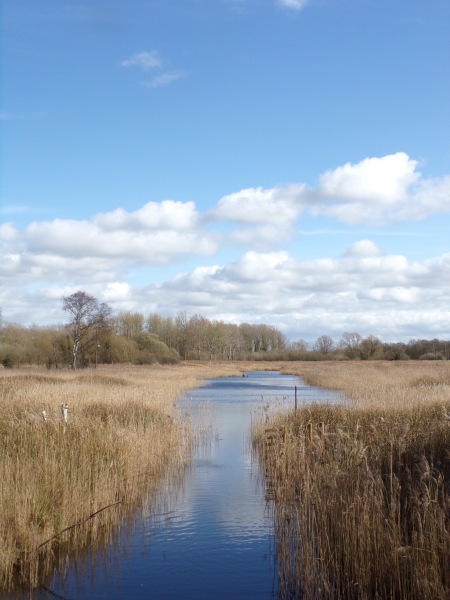 I loved the variety of habitat – white birch trunks standing out against the furze of woodland, the meandering river Wensum, its banks lined with pollarded willow, catkins already out, reedbeds and open meres (with great views from several hides). Lots of birdsong, which you’d expect in spring in a place popular with birdwatchers. Speaking of which, the peace and quiet was more noticeable and welcome given that any visitors encountered were talking fairly quietly being there mainly for the birds and wildlife.

Movement of wind in the reeds and bulrushes, sparkling sun on the water, movement of branches, reflections, fenceposts punctuating the reedbeds … these obviously all fed into my subconscious because a few days later in the studio, after some experimental markmaking, I produced these mixed media on paper pieces, which I’m rather excited by! (And yes, I did see some interesting birds).