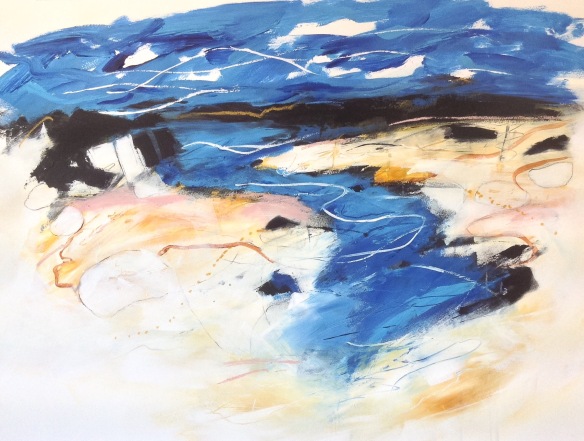 Two of the artworks I’ve been producing recently for my solo show at the Grapevine, Burnham Market, late June.

This was in between sorting out framing/delivery etc for my solo exhibition at Anteros in Norwich, which has just finished, new work for Thompsons Gallery in Aldeburgh, a new piece for Cley Contemporary in July and also works for several more art fairs coming up at Hampstead and Tunbridge Wells in June for Sheridan Russell.

I think I’m in a roundabout way apologising for not having posted on here for a while, but as you can see, I’ve been pretty busy.  I’ll try to catch up with my posts soon as I can!