… every so often I get the urge to paint hills. I live in Norfolk (not flat, beautifully rolling – well it is where I live) and I love its sweeping beaches and huge skies, but I used to live on the Isle of Skye and I visit Cornwall often, so you can imagine I might enjoy a change in level occasionally. It’s also a change from the more abstract work I’ve been producing lately.

This painting in acrylics and watercolour pastel on deep sided canvas (80×60 cm), is inspired by Rosewall Hill on the Penwith peninsula, Cornwall. Not an accurate representation, I’ll admit, but for me it attempts to capture its looming presence over the moor.

It might not be completely finished yet, but I thought I’d share the progress of the work, step-by-step. Hope you find it interesting.

I started with a very loose broad brush under-painting in Paynes grey and a mix of Raw Sienna and Titanium white to establish shape and tone (above). As with many of my canvases I prepped it first with a rough coating of texture paste, which I sometimes prefer to a perfectly flat surface.

I deliberately used an unusual colour palette next, of Wedgwood blue, Permanent Rose and a little white, roughly mixed on canvas, to unite the separate areas of the sky and foreground (below). I avoid greens like the plague in my landscapes, in case you hadn’t noticed! They’re too obvious, I prefer colours that create an atmosphere.

In the process much of the lovely initial under painting is lost, but I’ve learnt not to be too precious about this otherwise I’d  end up too nervous to create an effective artwork.

I also had to adjust the shape and position of the hill a couple of times. Before the new purple mix dried I splashed and  dropped water here and there, allowing it to run in places, creating pale lines in the paint.

Having left the work for a few days I approached it today wanting to lighten it and get some marks and movement in there (below). Much of the violet colour is brushed over with a dryish mix of Yellow oxide and white, quite fast and vigorously, gain mixing on canvas. I then sprayed with water, semi-dried and wiped back in places.

Finally, watercolour pastel (neocolour) in black, was scribbled on loosely, hinting at the rough land forms and distant skyline. To allow for any further over painting acrylic matt medium was carefully applied over the pastel and dried.

Comparing the last two stages, I feel the third stage might have made a finished painting, but I’m still excited by the way the work has developed. I’ll post any further changes if/when I make them. 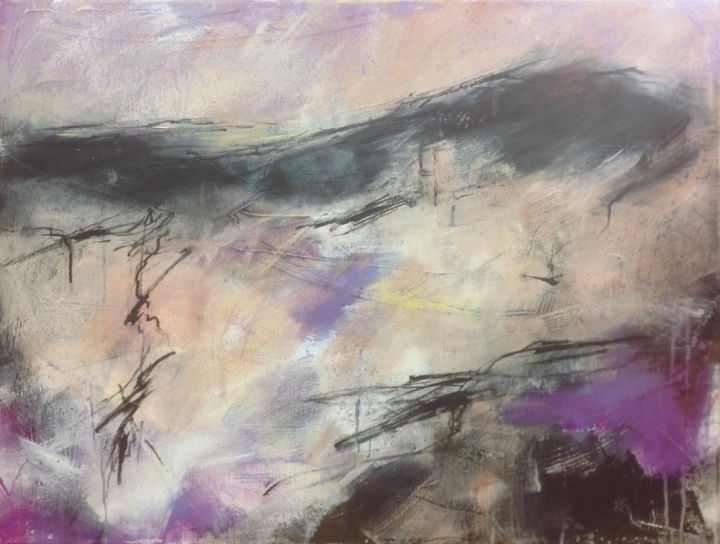 These were existing pieces that weren’t work for me. My thinking was if I wasn’t happy with them and reluctant to hang/show them then I may as well be bold and change them. So I decided to take the plunge and paint over/adjust them, to differing degrees, to see what might develop.

Has it worked? Not sure yet, I need to live with them for a while.

Feedback would of course be greatly appreciated, thanks.

I’ve been living with these two canvases of Venice-inspired imagery for weeks now, waiting for the impulse to take them further and ‘finish’ them… 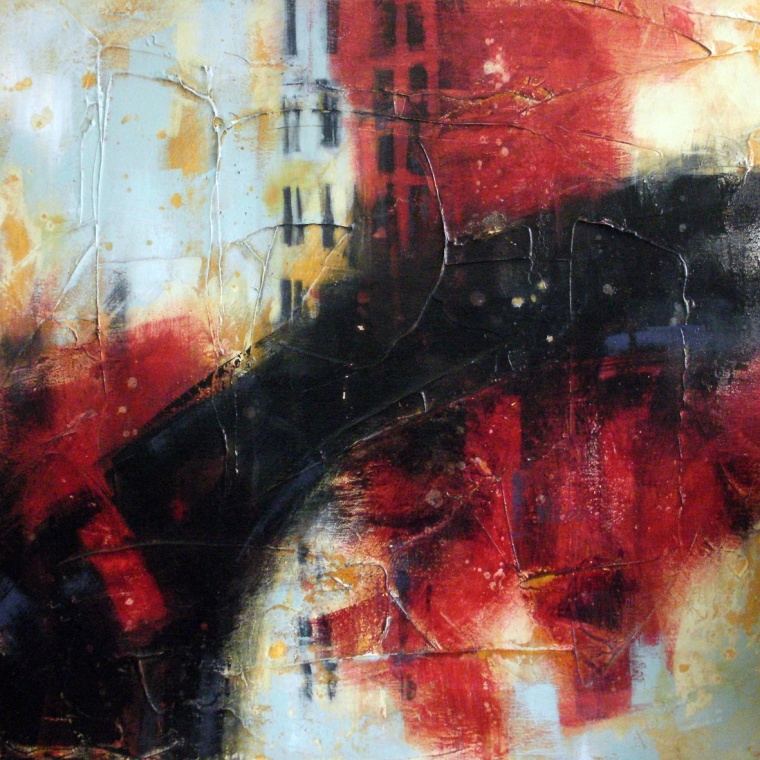 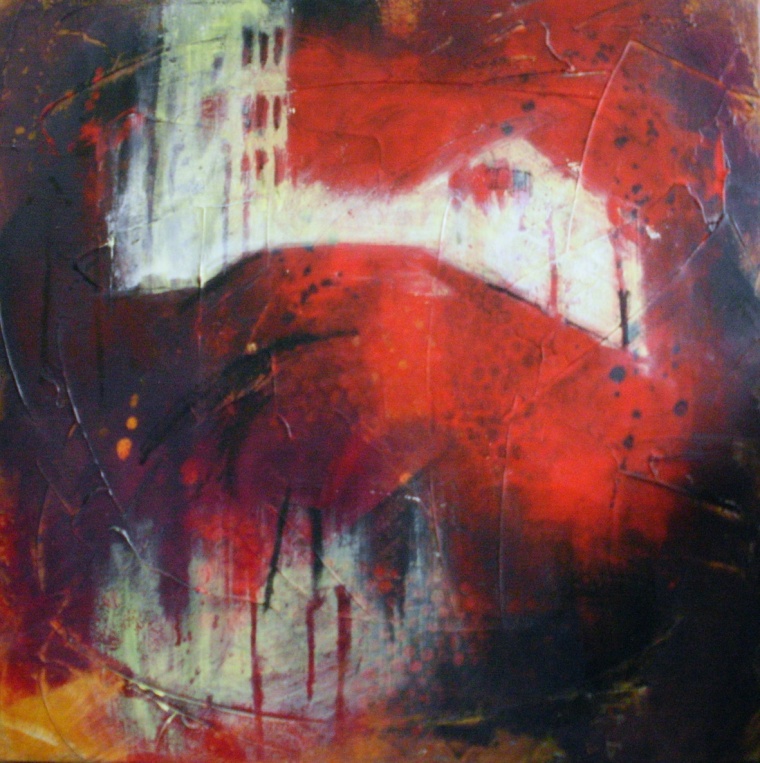 … but although I know the second one needs a few more touches of paint, I’m inclined to wonder if they might actually stand as they are …

i initially intended the red to act as an under painting, but I like the way it reflects how I see Venice… its passionate past and bloody history.

Both paintings are 40 x 40cm, acrylic/mixed media on canvas.