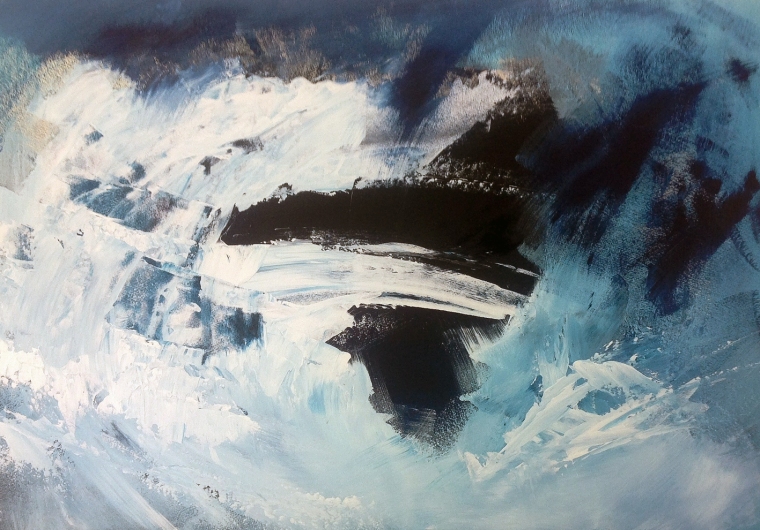 In March I spent two weeks painting and sketching the coastline and mine ruins around Cape Cornwall, near Lands End, courtesy of an art residency I was awarded at Brisons Veor. Brisons Veor is a house (formerly the boiler house of Cape Cornwall mine) run by a charitable trust and has provided residencies for creatives since 1978; many artists in all media have been inspired by staying there. 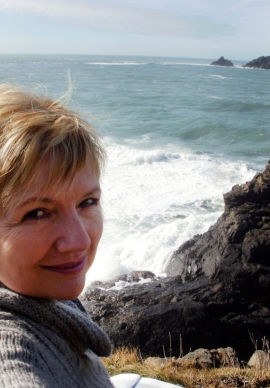 To be able to spend time intensively painting, exploring and sketching on my own without life’s usual distractions, in such an inspiring location was an invaluable experience. I lived, ate, slept and worked upstairs in the large sitting room/studio which looked out over Priest’s Cove and the Atlantic. The last time I lived on my own was back in 1995. I expected to find the isolation a challenge but knew it would be good for my mental and creative makeup. 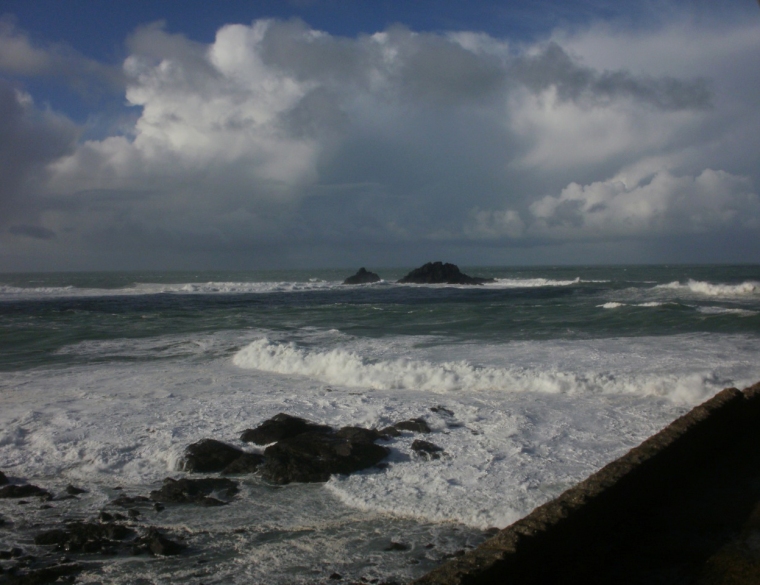 In this spectacular location – the house is thought to be the westernmost on the English mainland – I painted furiously, inspired by the wild seas beneath and beyond me, producing several paintings, the start of a series of abstract studies based on the local mining areas and a fairly stuffed sketchbook, bursting with source material for future work.

I initially applied for the residency to be able to spend more time gathering material from the tin and copper mining ruins around St Just, which had caught my attention on previous trips to the area. But I ended up spending almost as much time trying to capture the motion, power and shape of the powerful Atlantic tides that filled the coves around the Cape.

The weather the first week was very stormy, wet and windy but produced some huge powerful seas and as the upstairs studio door opens out onto a small balcony I was able to paint direct from the source, an exhilarating experience that I know will have an effect on my future sea abstracts. I live in Norfolk where the beautiful and extensive coastline is (tidal surges aside) much tamer than the Cornish coast. 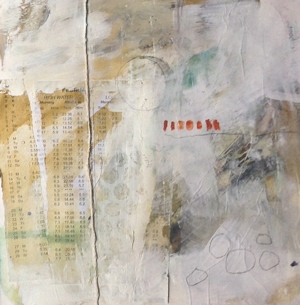 There were wild days when flakes of sea foam flew high over the house, making Priest’s Cove look like a car wash; days when the highest waves in the world (as I was informed by a Penzance local) rolled in from the Atlantic; and days when the loneliness and the gloom, the rain and the wind drove me, desperate for company, to the cosy CookBook cafe in St Just for comforting tea and cake.

So I painted the sea… as it hurled itself into the cove and against the cliffs… fast, furious but exhilarating work, and I produced a few finished pieces and many sketchbook studies.

In the warmer sunnier weather of the second week I found myself unwinding at last, greeting the gulls and enjoying the sunshine as it poured into the studio. I began to tackle short, but arduous (for me), roller coaster sections of the coastal path, over to Kenidjack, sketching the coastline below and the ruins of engine houses and chimneys as I went, and in the other direction, up to Carn Gloose, accompanied only by the sounds of skylarks and crows.

I explored, sketched and photographed at Levant and Bottallack mines, and at Geevor Mine where the kind staff allowed me access and time to explore and paint in the huge labrynthine tin-processing mill (officially closed to the public until Easter). Wonderful rust-coloured, dust-covered place, now almost silent where it would once have been a clamouring hell.

The Tinners Coast, acrylic on board. © Mari French 2014 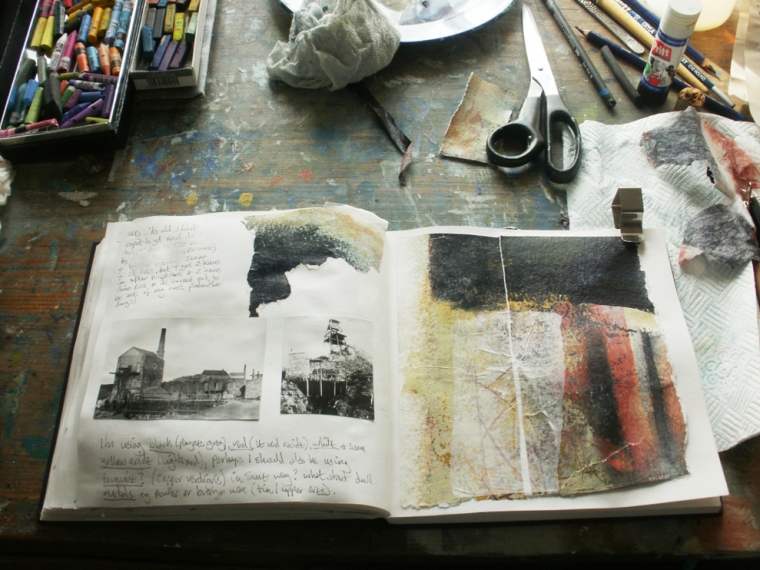 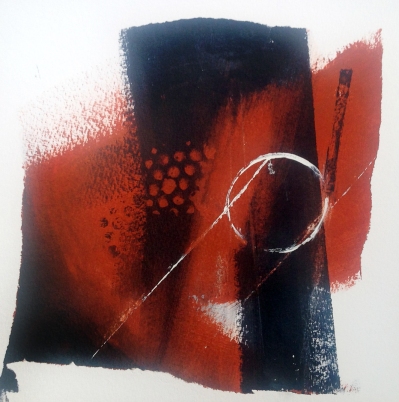 Back at Brisons Veor studio I began a series of small abstract works on paper based on these visits and am keen to see how these might translate into mono prints or collagraphs, eventually leading to a body of work I hope to get shown in Cornwall sometime.

Being able to sit at the window desk working in my sketchbook or standing at the easel looking directly out at my inspiration was a refreshing experience for me. I almost filled my fat Seawhite sketchbook with collage, sketches, notes and found material and it has become a valuable store of memories and impressions of my residency.

As the two weeks drew to a close I realised I’d found a different, more intensive and satisfying way of working, much more productive, and with a wealth of source material and ideas for future work. I’d love to return sometime. 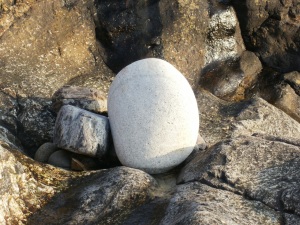 9 thoughts on “a wilder sea… a Cornish art residency”