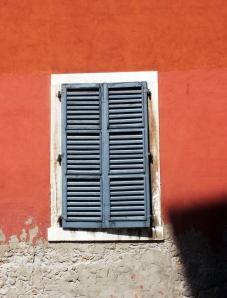 … a week spent mainly in the Canareggio district where most native Venetians (not economically exiled to the mainland) live
and work.

Impressive though they are, huge classical spaces and sumptuous palaces are just not
my thing.

Instead we spent most of the week exploring the quieter backwaters, lanes (calli) and squares (campi) of Canareggio and Castello districts, including the Jewish Ghetto area… with their faded venetian-gothic architecture, intimate squares, exquisite small bridges, wall shrines etc … 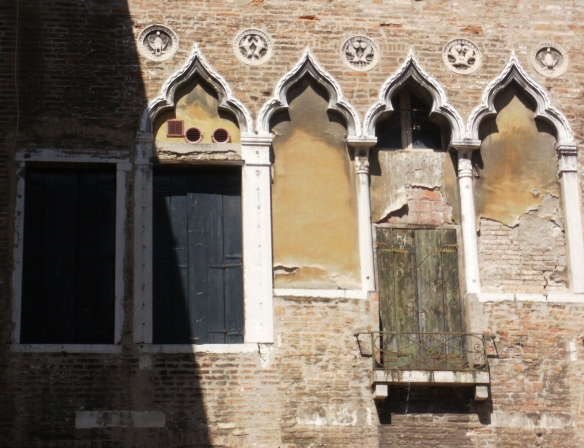 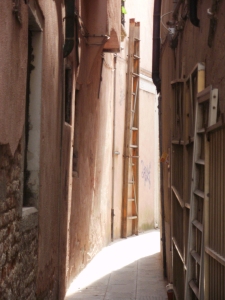 2 thoughts on “Venice … flower of stone”