With my work at the Private View, Sunday Times Watercolour Competition 2014

A warm Thursday evening last week, found me in London at The Mall Galleries for the Private View of the Sunday Times Watercolour Competition, in which I was a finalist. It was a busy night, with many exhibiting artists, guests and the sponsors Smith & Williamson. The standard and variety of finalists’ work was very impressive, ranging from photo-realism to semi-abstract and the full spectrum of watercolour media including pure watercolour, ink, acrylic and gouache. 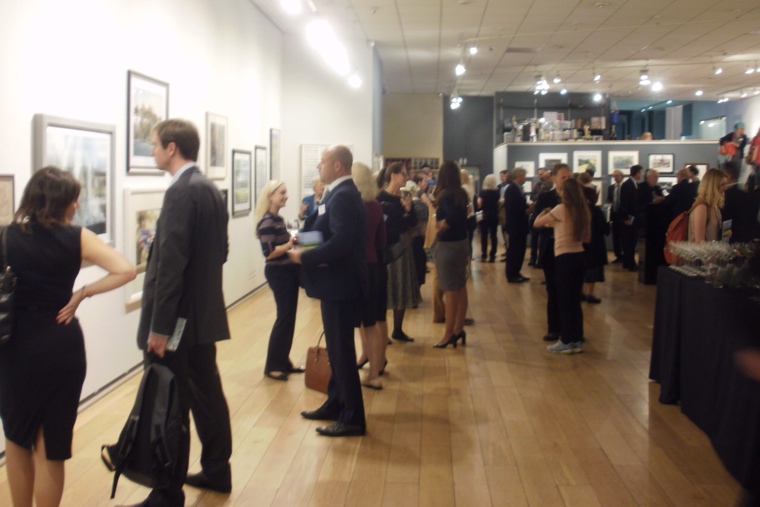 We met and chatted with some interesting people, including cityscape artist Janet Kenyon and her partner Bob, who had travelled all the way down from Carlisle. Janet’s stunning city skylines (see below) have won many awards, including the RWS/Sunday Times 2009 Smith & Williamson Cityscape prize.

One of two entries by Janet Kenyon.

Among many other entries, ‘Cloud Study, Loughborough’ (below) by graduate Phlip Clarke also caught my attention, with its intensity and depth and urban foreground.

The exhibition now travels to the Guildford House Gallery, 155 High St, Guildford GU1 3AJ where it will be on view from 14 November to 3 December. After which it will be exhibited in Smith & Williamson’s offices up and down the country.